What is a Genioplasty, chin surgery ?

A Genioplasty is an intervention designed to change the shape or size of the chin to restore harmony of the chin with the nose and forehead and balance the facial proportions.

This intervention can be performed on men and women starting from the end of chin growth, i.e starting the age of 16. 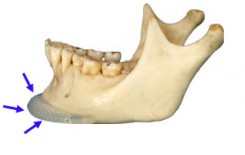 Why have chin surgery?

Genioplasty or cosmetic surgery chin allows to move forward a chin that is too advanced.

Moreover, the disharmony of the chin may be related to a mostly underdeveloped but sometimes exaggerated mandible (lower jaw).

What happens during a Genioplasty?

The intervention is rarely painful.

The risks of a Genioplasty:

Although rare, complications are possible:

The scars of a genioplasty: