What is an otoplasty/ear surgery?

Otoplasty or cosmetic ear surgery is the procedure that allows the correction of protruding ears : 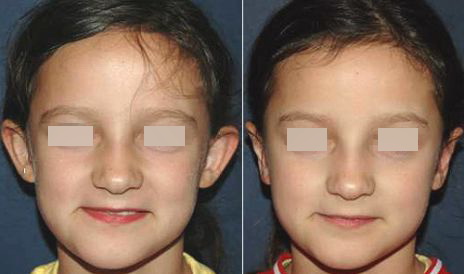 Why have an otoplasty?

During the first consultation, your surgeon should be aware of your desires and after the examination he will inform you of the different possibilities adapted to your case.

Photographs will be made in order to follow the morphological evolution of your ears.

What happens during an otoplasty?

Type of anesthesia: local potentiated (Diaz-analgesia). In children, general anesthesia may be needed if the child is too fearful. Otherwise the anesthesia could be merely local.

There are usually bruises and edema (swelling) of the ears that disappear in two to three weeks.

The risks of an otoplasty:

Otoplasty, although carried out primarily for aesthetic reasons, remains a surgery carrying the same risks any medical procedure, however small it may be. We must distinguish the complications related to the surgery and those related to anesthesia.

The scars of an otoplasty:

The scars will be hidden behind the ears. 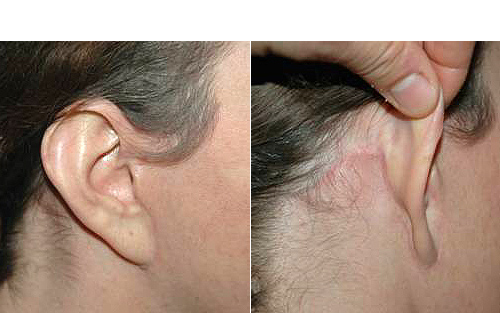 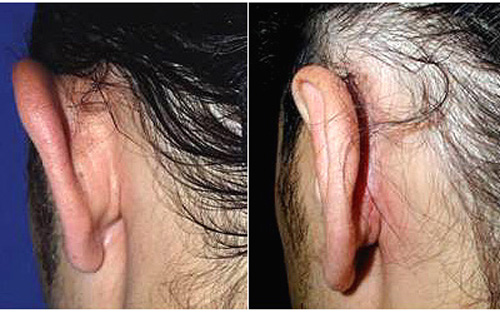 The final shape of the ears can be judged only after 3 months and the final appearance of scars after 6 months.